Coming this February, at Unity of Boulder Spiritual Center, Unity Minister, Shad Groverland, will be joining our team!

Shad will be sharing the pulpit on Sundays, alternating with his father, Senior Minister, Jack Groverland, and his sister, Unity Minister, Syntysche Groverland.  (Check our monthly newsletter to see the schedule of who’s speaking each Sunday!)

Shad will be delivering his first Sermon at the Second Service (11:00 a.m.) this Sunday, February 25th.

Be sure to come celebrate with us and welcome him, his wife Erinna, and his daughter Ahna at the Barbecue after the 2nd service that day! 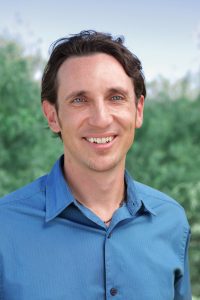 Shad brings his own unique voice and perspective to the Unity Truths.  Unity of Boulder Spiritual Center has been delivering those same Truths for over 40 years! It’s the reason so many call Unity of Boulder their spiritual home.  And, it’s also the reason Boulder County keeps voting for Unity of Boulder for “Best Place for Worship” again and again!

We know this same spark of Truth rings true in Shad, and we are honored to have him here lending his voice and his talents to our growing congregation.  We know that Shad will be a huge asset to our diverse and ever-broadening community.

Shad is coming to us after uniting two Unity ministries in Las Vegas, Nevada, where he spent the last 5 years developing the Unity of Las Vegas.  Before becoming a Unity minister, Shad was the lead sound engineer for MGM Resorts Corporation in Las Vegas for 13 years.

Shad received his calling to the ministry in 2012 when he enrolled in the Unity Seminary, based in Detroit, Michigan, and also joined the Unity Board of Directors of Las Vegas.  As Spirit would have it, his service on the board was cut short when the church decided to hire him as their part-time minister until he could complete his seminary training.  After graduating in 2015, Shad was hired full-time by the Las Vegas church and was ordained in 2016.  The new church doubled in attendance under his guidance.

AN ADDED BONUS TO SHAD’S ARRIVAL WILL BE THE FACT THAT HIS LOVELY WIFE, ERINNA WILL ALSO BE JOINING US AND TAKING ON SOME OF THE DUTIES IN OUR MUSICAL DEPARTMENT. 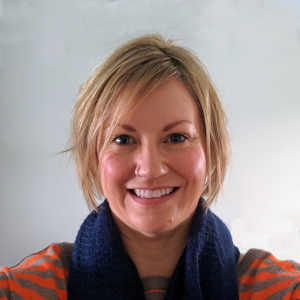 Erinna was born and raised in Memphis, Tennessee, where her parents began early encouraging a love of music, starting her in Suzuki piano lessons at age 2. During her school years, kindergarten through college, she was given the opportunity at her home church, Bellevue Baptist, to sing in many large-scale televised productions for an audience of thousands. Classically trained in voice, she studied opera at The University of Memphis and has performed with numerous ensembles and choirs over the years in a multitude of styles, including choral, chamber, liturgical, polyphony, jazz, Broadway, and popular music. She most recently served on the music team at Unity of Las Vegas for 5 years before joining the staff at Unity of Boulder.

Also joining us will be Shad’s 14-year old daughter, Ahna, and the family Chihuahua, Kota.

This site uses Akismet to reduce spam. Learn how your comment data is processed.